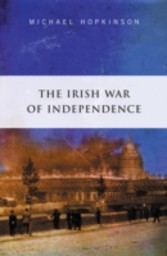 Within months of first publication, Michael Hopkinson's study of the Irish War of Independence established itself as by far most comprehensive and evocative account of the role played by the conflict in shaping modern Ireland. It has been welcomed both by scholars and the general public alike, and gone further than perhaps any other recent publication in recasting our understanding of Ireland's decisive confrontation with the military might of the British Empire.