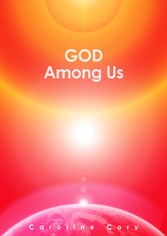 God among Us - Inside the Mind of the Divine Masters

God among Us - Inside the Mind of the Divine Masters

What I am about to disclose in this chapter is the result of my blending with the minds of the Divine Masters that walked this earth. This merging happened spontaneously as I engaged in a simple meditation exercise. What ensued, however, were a series of extraordinary events that lasted over 14 months. These occurrences do not necessarily imply that all individuals merging with this higher consciousness or simply awakening to their divinity will encounter exactly similar circumstances. These accounts serve to show, not only what the Divine Masters undergo during their own awakening, but are also an example of a process that all humans must follow to achieve what we call “enlightenment”. The particulars of the process itself, however, will differ from one individual to the next according to their own prenatal contract.

January 2000. This was the beginning of the strangest years of my life. While I consider myself sensitive and quite familiar with the spirit world, what happened to me during this period was beyond anything I could ever imagine or expect. Both worlds, the visible and invisible, had suddenly merged and made my existence utterly exquisite and insanely miserable all at once.

My story began on a hot and breezy day in Florida. I was sitting quietly on my porch, appreciating the silence and beauty of nature, when I noticed that the red ant stings I had gotten on the beach earlier that afternoon had swollen and formed a huge bulge on my right thigh. As I stared at it apprehensively, I suddenly heard a voice saying: “Ask the lump to disappear. Ask the swelling to stop and disappear.” Without questioning the reason or origin of the voice, I asked the malicious bulge to go away. To my astonishment, it began to shrink, and within seconds, it had vanished completely before my eyes! I was terrified. I ran inside and hid in the bedroom trying to contain my emotions and pounding heart. What had I done, and how could that be? Is it possible to simply ask and make such things happen instantaneously? To say the least, I was baffled and disturbed but quickly managed to dismiss the incident as a ploy of my own mind and imagination.

The voice, however, returned the next day. As I felt the urge to indulge in a soft ice cream treat, the voice suddenly interjected: “Ask your ice cream to taste salty… Ask it to taste salty.” Without hesitation, I asked and it did! Upon command, the ice cream tasted sour, then bitter. This time, I was less disturbed by my achievement, even though I was still puzzled by the mysterious voice and certainly, the meaning of these peculiar experiences.

Later on, I watched my friend lay in pain from a lower back injury, when the voice once more spoke: “Ask to relieve his pain. All you have to do is ask.” Curious about these odd happenings, I decided to attempt to help him somehow. I began placing my hand on his lower back area when he suddenly shrieked: “Stop!… You burned me!” His reaction startled me - to say the least - and as I stared incomprehensibly at the palm of my hand, I wondered: “How could I burn him when my hand is still 4 or 5 inches away from his body? What sort of energy could possibly emanate from my hand, penetrate his shirt and burn his skin?!”

I began a frantic search for the truth behind my little daily miracles. The more I searched, the more I realized that my “askings” or thoughts had created my experiences. I came to understand the dynamics of creating reality instantly using my own mind and not just my physical sensations but my outer reality as well - all of it. With time, and as these occurrences continued on a regular basis, I found that I was able to stop unbearable physical pain and alter negative emotions, such as anger or fear of any intensity, practically on the spot. All I had to do was focus and ask.

I decided to experience more the process by which my thought affected and created my environment. That day, I was in a movie theatre where the temperature of the room felt uncomfortably cold. I decided to deliberately become comfortable without asking the attendant to turn up the temperature of the entire room. Seconds later, I began to experience the physical comfort I was looking for and realized that it was my perception and my experience of that environment that was altered. Regardless, I had deliberately manifested an immediate physical response that was advantageous to me and that was pretty incredible indeed. The more I focused my thoughts on what I wanted to manifest, the more it worked. I was no longer a victim of circumstances but the true creator of my own experience.

At one point, I wondered how my mind could also be affecting people around me. If my thoughts affect my environment, to what extent then were my thoughts affecting individuals I was interacting with? Was I perhaps creating my reality at the expense of others? The very idea that I could remotely affect someone else’s experience was very disconcerting to me. I was concerned that such a notion would not only imply a true violation of human free will, but also would be in contradiction with what I had discovered in the first place - that each individual creates his or her own experience. I came to the conclusion that if I were creating my own experience, well then, so is the rest of the world.

Time went on, and I continued expanding my awareness to other areas of conscious creation. I began to dream specific dreams that I had consciously asked for. I realized that deliberate thoughts were my tools for creating any experience, in my physical life or other realities as well, such as the dream world and even past experiences. While I could not change the circumstances of a past event, I could alter my experience of it; thereby liberate myself from negative emotional blocks and mental patterns associated with that experience.

The reason it is difficult for humans to see the obvious correlation between their thoughts and outer reality is due to the fact that thoughts are invisible - to humans, that is. Through my daily miracles, I, on the other hand, began to perceive my thoughts and others’. They appear as actual physical energy clusters that travel through the space-time fabric within a frequency range below or above the human perceptual spectrum, therefore remain invisible. These energy clusters are maneuvered by (spirit) beings that are in charge of such energetic manipulation and are transported by means of electromagnetic grids. Thought particles are infinitesimal and several hundred of them are equal to the size of one human atom or molecule. I, nonetheless, could actually see, sense and hear my thoughts travelling back and forth to other individuals or locations and I realized that this was precisely the process of telepathic communication. Little did I know, however, that it would come to work so effortlessly!

One evening, as I explored these theories of thought transfer through focused visualization, I suddenly felt a “force” connecting with me through my forehead. It felt like someone was drawing air out of my third eye as if it pulled my thoughts into an invisible beam of some sort. I had established telepathic contact with someone! He calmly said: “My name is Mu. I live in South Africa and wish to communicate with you. Let me be clear. I am not of this world either. I can be in physical form in order to communicate with you. However, I can also become invisible at will. This is the future of humankind - a disease-free society, experienced in spirituality to a degree that is unimaginable to you now.”

It took me a while to come to terms with this event and the other breakthroughs that continued manifesting in my life. I certainly was not ready to discuss them openly with anyone at the time, as I was not sure if I was becoming strange or superhuman. While I was amazed at my growing psychic abilities, I could not help noticing how odd my experiences were, as they happened spontaneously, effortlessly, repeatedly and without warning.

In a relatively short period of time (3 or 4 months), I began to see and experience reality as multi-dimensional or multi-layered. While physical reality appears linear and chronological, I could cross over from one reality to the next, travel back and forth through the time-space continuum and consciously peak into my parallel lives. Not only could I hear the answers to my most intricate questions, but also I could have actual exchanges, through my thoughts, with other portions of myself (my spirit self and other particles of my being that exist in other physical incarnations) as well as other beings. While I was amazed at my exploits, my human mind still wondered if I wasn’t fringing some sort of schizophrenic episodes or incurred a serious mental imbalance of the sorts.

Just as I began to sink into worry and confusion, the following extraordinary experience happened. I was calmly strolling along the beach when I suddenly saw a most powerful energy of utmost beauty appear before me in the form of a giant cloud. The tremendous love, beauty and brilliant light that emanated from this energy were overwhelming. I realized that this energy was a being. In fact, it was a being I knew well as it felt so familiar and comfortable, even though I was unable to discern its precise identity in that moment. Regardless of what or who it was, this being was of enormous magnitude, as it felt as vast as the entire sky, as powerful as the strongest wind, as stunning as the most breathtaking scenery. Suddenly, all was well, in perfect balance and harmony. I was transported to a space of reality where there...