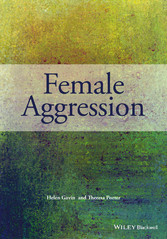 2
The Evolution of Aggression

The idea that all life is descended from a common ancestor and that complex creatures descend from simpler is very old, and can be found in ancient writings such as those of Anaximander, the Greek philosopher who lived in the sixth century BC (Couprie, Hahn, & Gerard, 2003). However, we do not have to look quite that far back to examine modern, more scientific thought on the origin of our species, nor its paradoxical and seemingly unstoppable quest to destroy itself.

Modern evolutionary theory is based on the writings of Charles Darwin, and it adds more scientific knowledge to the understanding of the process of descent. The process of this change is genetic mutation, and those mutations that are beneficial to an organism will survive to the next generation. The process by which beneficial mutations survive is known as natural selection. This refers to the preservation of a functional advantage that enables a species to compete better for food, territory, mates and so on, and leads to the elimination of inferior species gradually over time. Evolutionary biology concentrates on the physical aspects of species and how they have adapted over time. Evolutionary psychology, on the other hand, focuses on behaviour that demonstrates psychological adaptations to recurring problems. Hence, it attempts to identify how emotional and cognitive adaptations have evolved. A genetic mutation has no hope of being successfully passed to the next generation without some accompanying behaviour that allows it to aid in the reproductive success of the organism and the survival of its offspring. In dimorphic organisms, those that have developed two sexes of different forms, these behaviours relate to sexual selection, as well as all the other changes needed to survive, such as gathering food, finding shelter and so on. Psychological adaptations are specialized for the environment of evolutionary adaptedness, or EEA (Gaulin & McBurney, 2003). Hence, humans have evolved adaptations related to mating. In males, this means adaptations which assist them to compete for females; in females, it means adaptations allowing choice of mate and behaviour designed to enable offspring to survive. Males are adapted to fight for the privilege of having females choose them for their mates. In non-human animals, this competition can be very fierce, if not fatal. In humans, this behaviour is no longer tolerated, and such inhibition of aggression against competitors for female preference has led to very complex behaviour around human mate selection (to say the least) and investment in offspring. How can we explain the massive industries that we find in the western world, dedicated to attracting a mate, keeping him and then making sure he stays around to look after his young? Why has the balance of female mate selection turned into females vying to appear attractive in the male gaze, when predominantly, for non-humans, it is female animals who need to be impressed by the male's aggressive acts?

Humans have very few offspring in comparison to other mammals, but invest large amounts of time and resources in caring for them. If you doubt that, just take a trip round your local branch of Mothercare or Babies R Us (a US store). This is costly in biological terms (as well as financial ones in our society) and means that a female must choose a mate wisely, one that can afford this investment in children. It also means she must be able to attract mates in order for her to have the possibility of selection, and have some way of keeping the chosen mate loyal to her. Hence we see the complex behaviours we call dating, courting, betrothal and marriage. We have also evolved complex adjunct activities that have become inseparable from these behaviours. We call this fashion and beauty care.

How did we arrive at the point of all this when our primate cousins just, well, get on with it? Why are we so different? And why are we so naked?

The Naked Ape â Was She in the Jungle or the Sea?

According to evolutionary theory, the psychological and biological adaptations are inextricably linked. A major hypothesis in the twentieth century was concerned with why and how humans became bipedal, the only primate to do so, and why we became hairless, again unlike all of the primates. The so-called âSavannah theory' suggested that, as the population of early humans grew, they needed to expand and so outgrew the forested regions. Moving in to the grasslands (savannah) meant that humans that stood up to see further gained an advantage in hunting, and this ability was passed on through natural selection. In addition, long-range hunting in hot regions meant that males needed to sweat to achieve homeostasis so the shedding of hair was beneficial. Hence, humans evolved into hunting, omnivorous creatures that needed to adapt to the environment in such a way that the males could move quickly and capture food. Females waited in the home territory for males to return from hunting and received whatever was left after the males had had their fill. Females adapted to this by ensuring males stayed with them and provided for them and their offspring by becoming more attractive and available for sex. So hunting males were dominant and females simply became the adjunct to this and a handy place to keep babies while they grew viable enough to survive outside the womb.

Does anyone else think this sounds strange? As you can probably tell from this, most of the influential writers in evolutionary theory in the twentieth century were male. Female writers were not quite as taken with the savannah hypothesis. If males shed their hair in order to sweat in the hunting ground, why would females shed hair too? It does not seem feasible to suggest that they needed to. Also, why would giving less food to females and young be advantageous? Surely it was in the males' vested interests to keep mates and offspring healthy and well fed. It would also mean that potential and current mates would be attracted to them because they could provide this food. Also, why would only adaptations beneficial to the male be those that perpetuated and not any that helped a female who needed to care for offspring? For example, in the Naked Ape (1967), Desmond Morris suggested that human females developed rounded breasts and buttocks as sexual signalling devices, and that pair bonding (and its counterpart, sexual jealousy) evolved so that hunters out on the savannah knew that their mates were not having sex with other males.

In 1972, one woman writer did indeed think this was a bit odd, and decided to see if there was an alternative. There is, and it has nothing to do with intelligent design, creationism or table scraps. Elaine Morgan's book The Descent of Woman championed the alternative hypothesis, that of the aquatic ape, and the alternative perspective, that of the female (note, this is not the feminist). First proposed by Hardy in 1960, and later elaborated upon by Morgan, this hypothesis was, originally, completely censured by the scientific community, although it did attract attention. In this position, the evolution of human nakedness and bipedalism is explained as adaptation to an aquatic lifestyle, with female layers of fat, which contribute to the rounded breasts and buttocks, being needed for warmth, for babies to hold onto and for sitting for long periods on a pebble beach whilst babies were being fed. There are some heavy criticisms of this position, such as the high cost of maintaining body temperature in relatively small hairless creatures (Rantala, 2007). Whilst not fully accepted as a viable position amongst evolutionary theorists, it does demonstrate that evolutionary theory is a matter of best interpretation of evidence, and that there is the potential for alternative explanations. This potential for alternative positions can be seen when examining the evolution of aggression.

The Evolution of Aggression and the Archaeology of War

Humans, as a species, do have a violent past; this can be seen in archaeological, anthropological and comparative data. Skeletal remains show the marks of weapons (Lambert, 2002); not all such injuries and deaths could have been accidental. Traumatic injuries in ancient bones illustrate, in ways historical records cannot, that interpersonal violence has been present in all forms of social organizations (Walker, 2001). This is demonstrated by studies of societies that are classified as âtraditional', i.e., those that live without modern technology, or economic and social organization. For example, the YaÂ¸nomamÃ¶ are an indigenous people of the Amazon rainforest who led a life completely without contact with the modern world until the 1960s. According to Chagnon (2000), 25 per cent of YaÂ¸nomamÃ¶ males die in a violent manner, usually homicide; the tribes are described as ferocious and warlike. Often this violence is turned on the womenfolk, with particularly unpleasant and sometimes fatal punishments for transgressions such as sexual infidelity.

This account of perpetual warfare has been revised as Ferguson (2001) concluded warfare was the result of western influence, not a lack of it; however, the fact remains that there is still ubiquitous violence within societies that are living at subsistence levels. The argument revolves around the question of whether violence has evolved among the YaÂ¸nomamÃ¶ because of competition resulting from a lack of nutritional resources in their territory. So, did we evolve to be violent and naturally aggressive? Archaeology and anthropology suggests that half of us did...