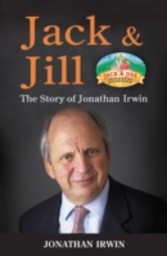 Jonathan Irwin is best known as the man who, following the tragic death of his son at 22 months old, set up the Jack & Jill Foundation so that other parents would not have to go through the hardship his family did to nurse their sick child at home. He is also an outspoken critic of the state's lack of support for these families.What is less well-known is his intriguing background. He was very involved in the Irish horse-racing industry and ran Goffs bloodstock sales for many years, including at the time of the kidnapping of Shergar, which is detailed in the book. He was also involved in the early days of Ryanair and we get a fascinating insight into his relationship with Michael O'Leary, who had a very different vision from Jonathan as to where the company should go. He was also head of the Irish Sports Council and was instrumental in bringing the Tour de France to Ireland for the first time in 1997.The book gives full details of the struggles to establish and maintain the charity and its ongoing fund-raising efforts.