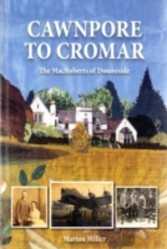 In the darkest days of World War II, Rachel MacRobert's very personal challenge to the Nazis inspired the British public to battle on. Alone, without a husband by her side and mourning the loss of her three aviator sons, she travelled the country to raise morale. But words were not enough: with boldness and imagination this American from Massachusetts, who made Aberdeenshire her home, took the fight to the enemy by donating a warplane to the RAF. This book sheds new light upon the legend of 'MacRobert's Reply' and tells the extraordinary and colourful stories of Sir Alexander MacRobert and his first wife Georgina.