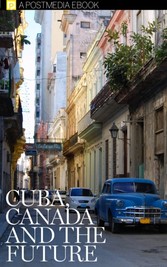 Cuba, Canada and The Future

Cuba, Canada and The Future

When on December 17, 2014, the United States announced the normalization of relations with Cuba, it signalled an end to the hostilities that have defined relations between these two countries since the 1960s.With strong diplomatic ties to both the United States and Cuba, Canada played a key role in the negotiations by hosting a number of secret meetings between the two nations over the course of eighteen months. And by virtue of its financial investments and strong tourist trade with the island nation, Canada stands to continue to play a key role in Cubas future.Ideologically and economically isolated, Cuba struggles to provide basic needs for its people and is condemned for its human rights violations. Although the Castros commitment to Communism and their hold on the islands government remains strong, only time will tell what the future holds for the island of Cuba . . . and its relationship with Canada