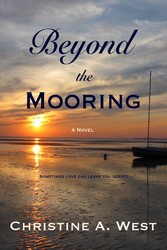 âMadison, you canât just run away from this and hide your head in the sand.â

âSince when have I ever run away from anything, Jess?â Madison replied, with her hands on her hips. They were standing on the sidewalk in front of Madisonâs Greenwich Village brownstone, having the same argument that theyâd been having for the past two weeks. Jessie just didnât understand and Madison was fed up trying to explain it to her sister.

âLetâs see?â Jessie said, tilting her head to one side, biting her bottom lip and looking up towards the sky in mock concentration. âThe last time you and Robert broke up, you ran away and did a two month tour of Europe, including climbing a mountain in Switzerland. Am I correct?â

âThat wasnât running. That was gaining perspective and rejuvenating myself. Why canât you understand that?â Madison explained. Her voice saturated with the frustration she was feeling with this replayed conversation.

âMaybe itâs because you never talk about it.â This time Jessieâs mocking tone was replaced with a hushed concern.

âThere is nothing to talk about. Itâs over,â Madison answered with resignation and sadness. âJessie, itâs completely over this time and I have to get on with my life.â

âBut why does getting on with your life mean moving to Cape Cod? Why canât you get on with your life right here in New York, near your family?â Jessieâs eyes pleading once again, eyes the same intense green as her sister.

âYou really want to know why Jessie?â Madison snapped. âWe sold our company, everything I have worked for in the past nine years of my life, I donât have a daily purpose any more. I canât live in that house anymore and pretend that I donât see the memories. I am not running away, but I am not a masochist either. I have my limits,â Madison admitted.

Jessie looked at her little sister and realized for the first time, how deep the wounds were. She finally took notice of the haunting pain that dulled Madisonâs sparkling green eyes. Jessie decided it was time to back off.

âThanks,â Madison said, grabbing the suitcase and stuffing it into the last remaining space in her new graphite Range Rover. With the bulk of her belongings being shipped up to Cape Cod tomorrow by a hired moving company, Madison packed only the items that were most precious to her and the most necessary for her existence; including her jewelry box, photo albums, her laptop, a few changes of clothes and the coffee maker.

After Madison had the suitcase packed securely in the back of the truck she turned towards her sister, âIâll call you when I arrive and youâd better plan on coming up for Labor Day,â she admonished, opening her arms wide for a hug.

âYou can count on me, Iâll be there with bells on and lots of sunscreen too,â Jessie chuckled as she embraced her sister. âJust remember that you always have a home here.â Jessie tightened her embrace to let her know just how strongly she felt.

Madison climbed into the fully packed truck and as she turned the key in the ignition, she took one more glance at her sister, standing on the steps of the brownstone that had been her home, her sanctuary for the past four years. With a wistful smile she waved, then put the truck in drive and headed off to her new life.

By the time Madison left New York it was already noon. She had planned to be on the road at least one hour earlier, but packing up everything she owned took a bit longer that she had anticipated. That, and Jessie would just not stop harping about her leaving. She adored her older sister, but sometimes she just didnât get it. There was no way Jessie could understand what she was going through. How could she? She didnât ever have such troubles.

Jessie and Keith, her husband of eight years, were high school sweethearts. They had the sort of relationship that inspired romance novels and movies of the week. They had the perfect relationship. Keith was kind hearted and gentle. There was nothing he wouldnât do for his wife and Jessie would walk through the fires of hell for him. How could she expect her sister to understand the heartbreak, humiliation and loss of self that goes along with the betrayal that sheâd endured? She couldnât. It was as simple as that. Jessie would never fully understand.

At three thirty in the afternoon, Madison was already nearly through the state of Rhode Island. If the traffic Gods were with her, she might make it to Wellfleet by five. Since it was off-season for the Cape, Madison wasnât overly concerned. Besides, there really wasnât a rush. It wasnât as if anybody was waiting for her up there.

With the windows rolled down in the truck, her auburn hair tied up in a ponytail, tendrils of which were blowing wildly in the wind and a song blaring from her stereo, Madison was set for the long haul to Cape Cod. She had chosen to create a play lists with an eclectic mix of music that reflected her new optimistic mood. Despite all that had transpired over the last few months, on the road towards her new home and a new beginning with a lot of uncertainty, Madison felt surprisingly at ease and serene.

When she stopped to think about it, something she rarely allowed herself to do, her entire life had been changed completely by one action, one careless, selfish act. Robertâs betrayal. Because of him she was leaving the life she had so fastidiously built. No, that was not completely true. She could have stayed in the city, in her renovated brownstone townhouse, burying herself in her work at the extremely successful on-line social networking company that she help build. But that would mean facing Robert every day. That was something she just didnât have the strength to do. The pain in her heart was just too great.

As Madison began to move her truck into the left hand lane for the exit to 195 East towards the Cape she let her thoughts began to wander towards Robert Harrington.

Madison and Robert had met back in college. She always had a better than average aptitude when I came to anything to do with computers and she was a straight A student. By the time she was ready for college, she had three full ride scholastic scholarship offers. She chose MIT. As fate would have it, so did Robert. They had met in the fall of their junior year. They were paired together for a project in their Introduction to the Entrepreneurial Spirit class. They hit if off immediately. Robert was attractive in that boyish sort of way. His soft brown puppy dog eyes never failed to have a glint of mischief in them. He was tall, about six feet two inches, with blond wavy hair and a killer smile. He smiled all the time. It was his sense of humor and wit that initially attracted Madison, once she got to know him better it was his steadiness that solidified her love for him. By the end of their senior year they had begun living together. It was shear domestic bliss.

When they graduated they both had very lucrative offers from fortune 100 companies. However they decided to throw caution to the wind and begin their own internet company. They had a solid foundation and a lot of passion to succeed. In less than two years, they were a huge success and the company was worth over five hundred million dollars. Not bad for kids right out of college. They were riding high on life, not a care in the world for a while. Everything was perfect she thought, until she went back into the office after working late one night.

Madison could have sworn that she had turned on the outside alarm to the main office. However, she was very preoccupied that night when she was locking up. Robert had called to cancel their dinner plans. He said he had to meet with one of their advertisers and he would see her at home later.

They had been so busy lately that they actually had to make a date to see one another. This was their date night and he canceled. Madison was trying not to be too disappointed as she strolled through the offices, double-checking the alarms.

She was often the last to leave and it became a habit of hers to check all the offices. As she was walking down the hallway she could see that the light to the executive office suite was on. The suite contained five offices and a comfortable reception area with plush leather couches. Partially frosted glass doors designed in a checkerboard pattern separated the other offices and bullpen area from the executive suite. She could swear she saw shadows through the doors, but everyone had left by the time she had taken the elevator. Could she have left the light on? As she was approaching the glass doors, Madison was positive that someone was in there. Maybe it was Robert. As she drew nearer to the doors she heard a giggle, a definitely feminine giggle. As she opened the doors, the entry bell rang.

It was a moment before Madison realized that the beeping she had heard wasnât the entry bell, but the car behind her kindly notifying her that the light had turned green. She shook her head to clear her thoughts. With a conciliatory wave of apology, Madison stepped on the gas and proceeded on Route Six towards her new home in Wellfleet, Cape Cod.

Jack Connors could not believe his good luck this morning. The sun had just fought its way passed the pregnant rain clouds that threatened the sky all morning. He had not been looking forward to finishing the roof...