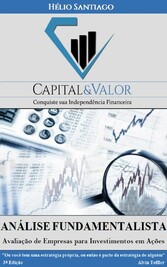 On November 7, 1996 I slumped into the fetal position murmuring to myself, âIâm through.â The epic failure of the Living Way Foursquare Church in North Seattle was all my fault. The room swirled as my dreams, my call, my reputation, my livelihood, were sucked down the proverbial drain.

The beginning of my ministry career began with a great thud. I graduated from Northwest University in 1989 with a double major in Theology and Psychology. With great zeal and diplomas in hand, I sent out 108 resumes; from which I received exactly zero responses! I happened to meet a young woman who attended a little church in West Seattle. This church needed a worship leader, youth pastor, and landscaper! Ambitiously, I accepted the âvolunteerâ position, and began to date this young woman named Tina. A short time later after serving that little church in West Seattle and marrying Tina, an invitation was extended from a church in North Seattle offering a full-time, paid opportunity. On November 7, 1990, I transitioned from my job working in a warehouse, left my volunteer ministry position in West Seattle, and launched into my dream vocation, professional Pastor!

Living Way Foursquare Church was a historic work commissioned 68 years earlier by the iconic Foursquare founder herself, Amie Simple McPherson! Strategically located amidst four major high schools, neighborhoods, and a shopping center, all the conditions were right for this church to be SIGNIFICANT. Right out of the gate, I knew for certain, I was in way over my head! Having never been mentored, and being incredibly raw, I had no idea what I was doing! The pastor of the church definitely hired based on the potential of this innate fighter.

With a competitive athletic background, I only knew one way to advance, militantly! I volunteered to coach three different sports at three different schools. Being on campuses allowed me to know and be known by students and families within our community. It was my belief then, as it is now, that people donât care what we know until they know that we care and once they know we care, we can lead them anywhere. It didnât take long until our youth ministry grew to be larger than the weekend church attendance. There was a full-blown youth revival in North Seattle!

On the job training (OJT) is optimal when someone is training you. However, when the one learning is also the one doing the training there is one irrefutable outcome, disaster! This little church of 250 people was experiencing what I call, a mortal-divine-disturbance. The glorious community of worshippers were seeing what they desired, a move of God. But, unbeknownst to us there was collateral carnage heading its way.

If you ask any entrepreneur or leader, they will tell you that growth is the goal. In board meetings around the world, those in charge are consistently intrigued with the bottom line! âAre we making more money? Are we getting more market share?â In the kingdom of God, people are the economy of Heaven and the currency of earth. Within the context of youth ministry, we were seeing amazing growth. So much so that we multiplied our youth meeting nights. Monday was college and career night. Tuesday was the high school gathering and the junior high met Wednesday. Within the course of a week 300 students were gathering. Street gang members with tats and guns were worshipping alongside jocks and musicians. To be honest, the churched kids and their parents were getting a little nervous. I lacked the wherewithal to know how to manage this influx. I felt incredible stress as a 26-year old with absolutely no church leadership experience and no idea what to do with the growth being brought by God!

When the weekend rolled around I would then change hats, and lead worship with the adults. My library of 80âs rock music did not translate to this traditional Pentecostal constituency. Playing hymns and contemporary choruses proved to be very developmental to me. Even though I was the one doing the leading, I was also learning. Often amidst leading a worship set from the piano I caught myself thinking, âWow, this is really my life!â I loved our adults. Being in my early 20âs and watching those in their 50âs, 60âs, 70âs or older, lifting their hands with tears in their eyes and engaging God, was beyond description.

For two and a half years this would be my life. Tina and I were connecting with students, business leaders, and the community at large. We knew, and were known by, our community. We could see our future family spending our lives in North Seattle and helping to build a world-class church.

Our youth drama-choral team, Hi-Call Company, would minister in churches, parks, and schools. A church from Sydney, Australia heard one of our performances and asked if we would be willing to come âDown Underâ and minster for seventeen days to their network of churches around the Sydney metro area. âWould we be willing!?â Our team departed from Seattle on July 10, 1993.

The team returned to Seattle completely spent. We ministered in nine churches, four open air settings, and seven schools. Completely jet-lagged, my only thought was going home and sleeping for about three days! Remember, this was before the days of social media and transcontinental communique. Clearing customs, I was met by three board members of our church.

âWe need to take you to lunch and talk with you.â

I had a sinking feeling in my stomach. It was that same feeling that comes when you see the red and blue flashing lights in your rear-view mirror! âOkay.â I said.

Tina took my luggage home and I went with them to a local restaurant. The awkward twenty-minute drive to lunch had absolutely no conversation. No, âHow was the trip?â No, âHow do you feel?â No, âDid you bring us a present?â Nothing! Once seated by the hostess, one of the board members broke the silence. In his first sentence, he informed me that the lead pastor, my boss, had been fired by the denomination, had lost his marriage, and had left a scandal within the community; and, they wanted me to become the new pastor of the church.

My head was spinning! One from sleep deprivation, but the other from the sentence just uttered! What! It was difficult to get my brain around the dismissal of my mentor. I had questions for days regarding that one, but me taking the church, NO WAY! As a 28-year old with negligible experience and minimal expertise of leading an organization, I definitely did not think I was equipped to lead the church through what was about to be a very stormy season.

Walking through the front door of my home I was greeted with a nervous smile and a passive question, âDo we still have a job?â Tina was concerned regarding the whisking away of her husband under clandestine circumstances. Rightfully so, she simply believed that we were either being criminally indicted, deported or terminated from our ministry position!

The church board graciously sent us to Hawaii for eight days to recuperate and pray for direction from God as to whether we would go all in or stand pat. While in Honolulu we had a severe interrogation of reality. We concluded that we were simply not ready to accept this offer. It would be one thing if the church was healthy and had a good transition of leadership, but this was a BAD situation! The church was full of embarrassment, deep in distrust, and amidst a scandal. We simply did not have the tools to repair the hemorrhage and go forward with vision. The church deserved a more seasoned leader.

On our last day before returning to Seattle, as we were walking on the beach, I looked at Tina as the sun set over Waikiki. We had all but settled the answer was going to be no; however, the fighter in me either could not or would not let this thing go. I totally flipped the script on my precious wife.

âLetâs do this!â I simply said.

I saw the trepidation in her eyes. My wife trusted me. She believed in me. I believe it was against her better judgment that she replied quietly.

The next three and a half years of our life would have more gyrations than the Hulk Roller Coaster at Universal Studios. We would have some very high, highs and some very low, lows. Rather than seeking counsel or pacing the rate of change, I settled in my mind that we were going to strike while the iron was hot. While working on staff at the church I occasional thought to myself, âIf I were running this thing, Iâd, â¦.â Those unsettled thoughts would now set us on a collision course for a rocky shoreline.

For a church our size, my opinion was that we were simply over-staffed. Within the first week of sitting in the boss chair, I fired the childrenâs pastor. I never respected his ethic nor his appearance. My arrogance caused me to think poorly of him by comparison. Thoughts of shame haunt me to this day of how I dismissed him so easily giving no thought to the future fate of his life.

Our church had original wooden pews purchased by the original founding families. Little golden name plates declared, Purchased by Brother John Smith and family were fastened on the end of each pew. The territorial ownership of those seats always bothered me. Within the next four months, without telling anyone, I removed the pews and purchased comfy seats. One week there were wooden pews, the next cushy chairs. That Sunday, the veterans walked in seemingly lost in a daze and awkwardly sat down. There were a series of technology, aesthetic and personal changes that rocked the establishment for this older congregation. My...