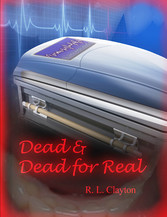 In an attempt to demoralize their enemies, radical Islamic forces have embarked on a program of terror within the United States. Their targets are the dependents of troops opposing them in the Middle East. When the evil forces slaughter the family of Katherine (aka Kiki) Russell, the top sniper in Afghanistan, she returns to the United States. Frustrated by the lack of progress of law enforcement in the investigation, she begins her own program to hunt them down. With her partner, Nick Sabino, a medic from Afghanistan, they capture and interrogate the murderers, moving up their chain of command. The capture of Kiki forces Nick to seek the help of federal authorities to rescue her. As his part of the bargain, he and Kiki must collaborate with them. Fears arise that they will be unable to quit the program. During their interrogations, they encounter a new force, unimaginable and unstoppable. Their fears are realized, and their focus changes to escape and evade.