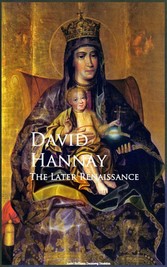 This old or troubadour school did not give up the field to the new Italian influence without a struggle. Its models continued to be imitated nearly all through the sixteenth century. It was praised and regretted by Lope de Vega and Cervantes. Boscan and Garcilaso found an opponent and a critic in Cristobal de Castillejo, a very fluent verse-writer, a most worthy man, and a loyal servant of the house of Austria, who died in exile at Vienna in 1556. El buen de Castillejoâthe good Castillejo, as he is commonly called, with condescending kindnessâwas an excellent example of the stamp of critic, more or less common in all times, who judges of poetry exclusively by his own stop-watch. He condemned Boscan and Garcilaso, not for writing bad poetry, but for not writing according to what he considered the orthodox model. The new school not unnaturally retorted by wholesale condemnation of the old. When Hernan, or Fernan, de Herrera published his edition of Garcilaso in 1572, he was rebuked for quoting Juan del Encina in the commentary. A pamphleteer, believed to have been no less a person than the Admiral of Castile, whose likeness may be seen in the National Portrait Gallery among the ambassadors who signed the peace at the beginning of the reign of James I., laughed at Herrera for quoting as an authority one who had become a name for a bad poet. This was pedantry as bad as Castillejoâs, and represented an opinion never generally accepted by the Spaniards. They continued to read the collections of ancient verse called Cancioneros, even when the new school was at the height of its vigour. The Cancioneros Generales of Hernan del Castillo, the great storehouse of the poetry of the fifteenth century, was reprinted, with some changes, no less than nine times between 1511 and 1573. The extreme rarity of copies of these numerous editions proves that they must have been well thumbed to pieces by admiring readers. Yet they constitute no inconsiderable body of literature. The modern reprint issued (unfortunately only to its own members) by the Sociedad de BibliÃ³filos EspaÃ±oles is in two weighty volumes.

In this Cancionero there are two elements, destined to very different fates. Hernan del Castillo included eighteen romances in his collection, and they reappeared in subsequent editions. The importance of this word in Spanish literature seems to call for some definition of its scope. The word âromanceâ bore originally in Spanish exactly the same meaning as in other tongues descended from the Latin. It was the vernacular, and to write en romance was to write Castilian, Galician, or Catalan. âNi romance ni romanoââneither Romance nor Romanâis a phrase bearing more or less the meaning of our âneither rhyme nor reason.â But little by little, by use and wont, it came about the end of the sixteenth century to be applied exclusively to the form of verse dearest and most native to the Spaniard, the already mentioned trochaic eight-syllable assonant metre. As the ancient ballads are mainly, though not exclusively, written in this form, they are called romances. Yet to write romances does not necessarily mean to write ballads, but only to write in that metre, whether in the dialogue of a play or in long narrative poems, or for any other purpose.

The assonant metre, as is well known, is not peculiar to Spain. It may well have been imported into Castile from France by those churchmen to whom the country owes so much of its architecture, what learning it had, and its civilisation when it began to revive from the merely martial barbarism produced by the Moorish conquest. But if the Spaniard did indeed take the assonant metre from his French teachers, he soon subjected it to that process which all forms of verse are apt to undergo in his hands. He released it from shackles, and gave it a freedom amounting to licence. The romance is a loose-flowing rhythm, in which the rhyme is made by the last accented vowel. Sometimes the same vowel is used line after line until it is exhausted. More commonly the assonant comes in alternate lines. As a rule there is no division into stanzas, but the verse runs on till the speech is ended, or the tale is told. To this there are, however, exceptions, and the romance is divided into redondillasâthat is, roundels or staves of four lines, assonanced either alternately, or the first with the fourth and the second with the third, or into quintillas of five lines, with an assonant in three. The recalcitrance of the Spaniard to all limitations in verse-making has caused him to give a very wide range indeed to the assonant. The vowel u is allowed to rhyme with o, and i with e, though they have a very different sound and force. The Spaniard, again, allows a diphthong to be assonant to a vowel, although he pronounces both the vowels in his diphthongs. It will be seen that such verse as this can be written with extreme facility. Indeed it is a byword in Spain that nothing is easier than to write romancesâbadly. The difficulty, in fact, is to avoid writing them in prose; and it is no small one, when the ear of a people finds a rhyme in so faint a similarity of sound, and in a language in which the accent is at once so pronounced and as little varied. It is not, I trust, superfluous to add that in Castilian, which we call Spanish, there is a marked accent in the last syllable of words ending in a consonant, on the penult of words ending in a vowel, while a limited number of words are esdrujuloâthat is, accented on the antepenult. The addition of a syllable to form the plural, or of the adverbial termination mente, does not alter the place of the accent. These rules, though nowise severe, are not rigidly followed. Not infrequently the assonant rhyme falls into the full or consonant rhyme, while the liesse or stave formed on one vowel, and its equivalents, is broken by a line corresponding to nothing. Even the rule requiring the use of eight syllables is applied with restrictions,âan accented syllable at the end counts as two, while two unaccented syllables rank only as one. It must be acknowledged that this metre is unsatisfactory to an ear attuned to the melody of English poetry. In our language it renders hardly a tinkle. When we have become accustomed to it in Castilianâand until we do it tantalises with a sense of something wantingâits highest virtue seems to be that it keeps the voice of the speaker in a chanted recitative. It is more akin to numbered prose than to verse.

However incomplete the romance may seem to us, to the Spaniard it is dear. When romances were not being well written in Spain, it was because nothing was being written well. The metre not only held its ground against the court poetry of the fifteenth century, but prevailed against the new Italian influence. Here as in other fields the Spaniard was very tenacious of the things of Spain. To find a parallel to what happened in Spain we must do more than suppose that the PlÃ©iade in France, or Spenser and his successors in England, had failed to overcome the already existing literary schools. It was as if the ballad metres had won a place even on the stage. No Spanish Sir Philip Sidney need have apologised for feeling his heart stirred by those ballads of the Cid, or of the Infantes de Lara, which answer to our Chevy Chase. They were strenuously collected, and constantly imitated, all through the sixteenth and well into the seventeenth century. The Romanceros So far were they from falling into neglect, that they were first able to shake the slowly withering poetry of the troubadour school, and then to fill a long series of collections, known, in the beginning, as Cancioneros, or Libros, or Sylvas de Romances, but finally as Romanceros. Much bibliographical learning and controversy has collected about these early editions. Even if I could profess to be competent to speak on such matters, they would have no proper place here. From the point of view of the literary historian, the interesting fact is that at a time when classic, or at least new influences, born of the Renaissance, were carrying all before them in France and England, and in Italy had long ago definitively conquered, the Spaniards did not wholly part with their inheritance from the Middle Ages.

The few ballads, and fragments of ballads, printed by Hernan del Castillo in 1511, proved so popular that an editor was tempted to form a special collection. The place and date of this first ballad-book proper are both significant.[1] It appeared at Antwerp in or about 1546âthat is to say, three years or so after the first edition of the poems of Boscan and Garcilaso. The editor was one Martin Nucio. Antwerp, be it observed, was always a great publishing place for Spanish books, a fact which may be accounted for, not only by the political connection between Spain and the Low Countries, the number of Spaniards employed there in various capacities, as soldiers,...