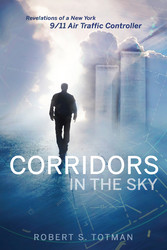 LIVING THE HIGH LIFE as an FAA Air Traffic Controller, Robert S. Totman had the unimpeded ability to see and direct, with razor-sharp clarity, the complex flow of air traffic through the congested corridors of New York Center's airspace. On a sunny morning in September, Robert watched a hijacked plane disappear from the radarscope, triggering a series of events that would crumble his personal and professional life along with the Twin Towers. As Robert confronted the harsh consequences of his life choices, he discovered revelations that opened him to healing, new life, and glorious new corridors in the sky that propelled him through the eye of a needle and are sure to inspire you too through this autobiography.