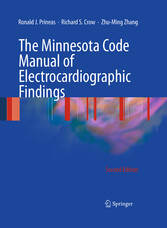 The manual is suitable for training electrocardio- without digital recording and that are accompanied graphers and technicians and can be accompanied by other uniquely rich data. Despite my expectations by sets of training ECGs already coded by trainers. during the 1960s that such archives would cease to It is our expectation that the manual will serve as a be used after the introduction of digital recording, reference, guide, and training source for those con- the tide of such treasures has hardly ebbed. ducting studies that require objective evidence of The changes included in this edition arise from cardiac disease, both prevalent and incident, by non- more than a quarter of a century of directing central invasive, highly standardized, inexpensive record- ECG reading and research centers and collectively ing of the electrocardiogram. In our own ECG Read- 60+ large and small epidemiologic studies and m- ing Center, this has included epidemiologic studies ticenter national and international clinical trials. The among healthy populations, diabetics, psychiatric changes include the description of a new measuring patients, pregnant women, cohorts of patients with loupe in Chap. 3, developed over the past decade, to clinical heart disease, populations exposed to envi- better serve a more ef? cient and a more extensive ronmental contaminants such as arsenic, populations span for measurement of relevant durations, voltages, exposed to Chagas disease, and in clinical trials of and deviations from the isoelectric line. In Chap.