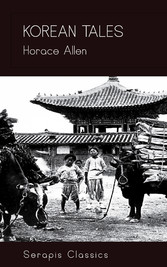 Korea, Corea, or Chosen (morning calm) occupies the peninsula hanging down from Manchooria and Russian Siberia between China and Japan, and extending from the 33d to the 43d parallels of north latitude. The area, including the outlying islands, is about one hundred thousand square miles. The population, according to the most reliable estimate, is a little more than sixteen millions. Yet, as the people live in cities, towns, and hamlets, the country does not seem to be thickly settled. The climate varies much at the extremities of the peninsula, owing to the fact that the southern portion is somewhat affected by the warm southern currents that give Japan its tropical climate, but which are warded off from Korea proper by the Japanese islands. The climate of the central and northern provinces is much the same as that of the northern central United States, with fewer changes. The large river at the capital is not uncommonly frozen over for weeks at a time during the winter, so that heavy carts pass over on the ice. Ice is always preserved for general use in summer. The country is decidedly mountainous, and well watered. Heavy timber abounds in the northeast. The valleys are very fertile and are well tilled, as the people are mainly devoted to agriculture. The mineral resources have only been developed in a crude way, yet sufficiently to demonstrate the great wealth of the ore deposits. Especially is this true in reference to the gold mines. The most pessimistic visitors to Korea are unstinted in their praise of the beautiful scenery, which is fully appreciated by the natives as well. From ancient times they have had guide-books setting forth the natural charms of particular localities; and excursions to distant places for the sole purpose of enjoying the views are a common occurrence...