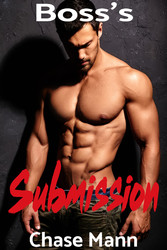 
Drake was unlike any man Jeff had ever known. Their relationship was insane and completely improbable. He was his boss for God's sake; more often than not a difficult and demanding boss.
Seeing your own boss 'after hours' was not smart in the modern corporate world; sleeping with your boss was sheer career ending folly. No man in the organization messed with Drake. But Jeff wasn't messing with him, but he was sleeping him, virtually every night of the week albeit on his terms. He was doing his bidding. His terms were beyond weird; they were decidedly kinky. He would once have considered his sexual requirements perversion but he had pulled him into his dark world and he had become as addicted as he was. He was such an incredibly handsome man and under different circumstances...
As dominant a personality as Drake was in the workplace, no one could have imagined that he was a classic submissive sexually. He enjoyed, no needed pain to find satisfaction. More than pain, he needed humiliation, severe bondage and role plays.