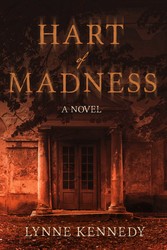 Hart Island is a small island located in the Long Island Sound, off the coast of the Bronx, in New York City. It has been a public mass burial ground, a colossal 'potter's field' for a million souls since 1869. The crumbling remains of its buildings once served as: a Union Civil War prison camp, a tuberculosis sanatorium, a boys' reformatory and . . . a woman's lunatic asylum. New York City, 1902 Born into society, nineteen-year-old Ruby Hunt is accused of brutally killing her mother, father, and brother in their Central Park apartment. She is committed to a lunatic asylum at Hart Island for the rest of her life. Over a century later, a descendant of the Hunt family is murdered, and homicide detective Frank Mead is convinced there is a connection between the current death and that of her great aunt, Ruby. Thanks to the contents of a battered suitcase passed down from Ruby's caretaker, old photograph, letters, and a diary lead Mead on a convoluted trail of greed, deception, and murder spanning two centuries.