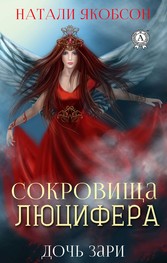 The Treasure of Lucifer

The Treasure of Lucifer

Ned does not remember anything about himself, but the strange creatures he meets everywhere take him for their own kind. They assure that he has long kept untold treasures of Lucifer himself and that the dark master will come after them sooner or later. However, in dreams Ned sees not the devil, but a winged beauty who loves him. What is his surprise when in reality this same girl turns out to be the mistress of all evil spirits that dwell in the city. Nicole is really winged and omnipotent. And she, one of all the magical creatures, stubbornly refuses to recognize her long-time acquaintance in Ned. The dark goddess of the ancient clock whispers to Ned that Nicole just wants to protect him from impending danger. But even she cannot say who the demonic stranger is, who suddenly began to appear in Ned's dreams.