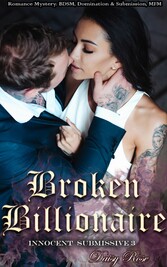 When Liam ends up in a hospital, Logan is stressed and upset. He needs an outlet. One that involves pain. And Nina.Â

Love is not just pleasure. It is trust, submissions, ropes and whips.Â

Nina learns to submit to the carnal desires of her sexy black lover as he binds her and introduces her pleasure of pain.

He pressed the top floor of the apartment complex. At my questioning gaze, he said, 'This was from... before. I used to be active in the scene...'

His answer drew more question than answers, but he was in such a peculiar mood that I didn't dare to ask him to explain.

'I'll show you,' he said with a slight impatience which unnerved me even more. Logan had never been impatient with me before. 'Wait here,' he said, stopping me in my tracks as I made to follow him down the unlit hall. The darkness was stifling. I was grateful to be left in the elevator. It gave me time to think, to reel myself in. Logan had always been the stable one in the relationship. I wanted to be there for him too, when he needed me. He never admitted it, but he was something of a control freak. To have Liam go to the hospital for something that we couldn't control... it unnerved him in more ways than one.

He returned a few minutes later with a large duffel bag and when he caught my wary expression, the lines on his forehead softened.

I nodded mutely, then moved to press the elevator button to our floor. He shook his head and grasped my wrist.

'I have a room here that I'd rather use,' he said, guiding me to a room I didn't know he owned. There was not a speck of dust in the simple apartment, though it looked to be uninhabited for a long while. The television looked outdated.

Logan turned on only the lamps by the door, providing just enough light to see the exit, but nothing else. There was little in the apartment apart from the barest furniture. The tiny kitchen was barely big enough for two and the hall led to a small bathroom and a bedroom that had only one bed and a wardrobe.

The sound of the duffel bag opening turned my attention back to him. He pulled out two handcuffs and several pieces of rope and my blood ran cold.

'Logan?' I trembled a little, fear gripping my heart at the things he was holding onto. The memory of metal on my arms sent a shiver down my spine and I wrapped my arms around myself.

He looked directly in my eyes and cursed at the sight of me. In an instant, his arms were around my trembling body, whispering soothing words in my ears.

'Maybe this is not the best idea. Let's go back,' he suggested. 'I'll handle my frustration some other way.'

The image of him going to someone else for comfort made me sick to the stomach. I knew Logan loved me, but sometimes I wondered if I wasn't enough. I pressed myself against him gently, pulling back until I could see the pained expression in his face.

'No,' I breathed, willing my slow inhales and exhales to steady. 'No,' I repeated with resolution. 'Tell me what you want me to do,' I murmured, eyes wide at the things he had pulled from the bag. It wasn't just ropes and cuffs, there was a small whip, a riding crop and a wooden paddle, a black sleeping mask, multiple boxes of condoms and a bottle of lubricant. The corner of my lips lifted despite myself. 'Kinky,' I murmured.

I looked at the objects in front of me. 'Are you going to hurt me?' I asked, my voice small suddenly, unsure.Â