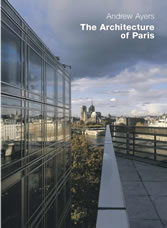 The Architecture of Paris

The Architecture of Paris

The City of Light has long been an architectural innovator and showcase for France and her rulers. A site of strategic importance since the 3rd century BC, Paris flourished under the Romans, but subsequent Barbarian invasions meant that comparatively little remains of her Antique splendour. In the 6th century AD the Merovingian kings made Paris the seat of the realm, a status the city has retained bar the odd interruption throughout the centuries. By the 12th century, Paris was established as a political, economic, religious and cultural capital.
Each epoch has left its mark on Paris: the churches of the Middle Ages and the Renaissance, the aristocratic hôtels particuliers of the 17th and 18th centuries, and the apartment, railway, industrial and office buildings of the 19th and 20th. A centralization of power in the capital long ensured that Paris received more than its fair share of attention from princely »architectes manqués«, from the Bourbons through the Napoléons to Président Mitterrand. Baron Haussmann’s recasting of the city in the image of Napoléon III became the model of its age for urban development, and the phenomenon of the presidential »grands projets« in the 1980s and early 1990s provoked comment the world over. When not directly shaping the fabric of Paris themselves, its rulers have always kept tight control over the activities of others, with the result that Paris has developed under some of the strictest building regulations of any major city. Despite Paris’s much vaunted reputation as the cultural salon of Europe, a certain suspicion towards foreign architectural imports has characterized its development, and outside influences have always been adapted to local needs and indigenous modes of expression, a tradition which carried on until the post-war era and arguably continues today. The last decades of the 20th century have witnessed a rush to modernize and adapt a crumbling fabric to the exigencies of the electronic age.

Andrew Ayers studied at the Bartlett School of Architecture and Planning, University College London, and now lives in Paris.