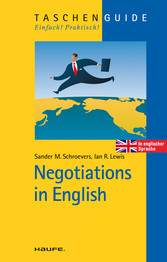 National culture is one of the factors that influence behaviour at the negotiation table, just like personality, gender or organisational culture. But recent scientific research has shown that there are considerable differences in approach, and perhaps that explains why forty percent of international negotiations seem to fail. In this chapter you will gain insight for selected trade cultures into the following aspects of negotiating:

This part of the book is dedicated to specific communication habits and local value differences per country. And as the world seems to be getting smaller and smaller, the chances of negotiating with partners from less familiar cultures are augmenting strongly. Such negotiations often take place in English, but because language only counts for some thirty percent of communication, it is helpful to have some insight into the other elements that influence the way people communicate in a particular country. Since the eighties of the last century more and more research has been published on comparing national negotiation styles.

Trainers, consultants, as well as Chambers of Commerce offer all sorts of seminars to help businessmen prepare for negotiating with foreign opponents. It seems there is a practical need. And since negotiating relies so strongly on communication, a fair amount of it will relate to crosscultural awareness. With the use of internet technology nowadays there are some very useful tools available in order to compare the average values or rankings of countries.

Partly based on world wide surveys, partly based on statistics, such information may help to predict behaviour. Even as a generalisation (as no human being can be put on a list), this predictability is helpful for developing a negotiations strategy for a foreign country. The next pages introduce such country-specific behaviour for the (weighted) main trade partners of Germany.