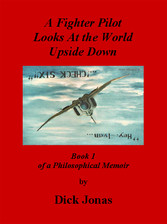 In favor of honesty. And why …

Honesty derives its validity as a fundamental of human existence from the goodness it catalyzes for Man. If any interchange among humans is founded on falsehood or pretense, indeed any premise short of utter, candid TRUTH, attitudes, conclusions, and projections are drawn based on unreality. It seems impossible for the good of Man to be served under such a condition.

If the converse obtains, human good is pursued necessarily, and by the most propitious method. Surely TRUTH benefits Man ultimately more so than anything else.

Here, I take issue with most of the world's great philosophies, particularly the religious ones. In most every case, the rationale for honesty is not propounded; merely the penalty for lying. This may be sufficient for the superficial intellect; indeed, such philosophical methods may be the cause of shallow intellectual process. And that leads to weak faith, lack of conviction, and the attendant insidious evils characteristic thereof.

May I submit that with such impetus, Man may, by God's favor, someday find himself.

One lifetime is simply not enough for the human creature to discover and exploit the whole of his potential.

It is inconceivable that the potential is there, and not the opportunity to actualize it. Therefore, I think it is indisputable that death is not the end of Man. Somewhere, somehow, somewhen he continues to pursue his destiny.

Love is the power; faith is the mechanism; life is the result.

The days of my life come and go; and as they do, I become ever more convinced that love is the fundamental reality of the universe. The world's ills must be attributed to Man's limited capability to understand love, or to believe in it and himself.

Dear God, teach me how to love, and strengthen my faith; and before thee, I shall be a Man.

A woman's glory is measured by the poignancy of her love. Can a man be so very different?

There are no absolute solutions, save one. Love.

I know that sounds so trite; but I swear to you that, with my profoundest conscious intellect, I believe it with all my being.

The world has no problem which cannot be resolved with love. The world's unhapinesses come about because of Man's failure to understand the how of love.

Man's first love, if there is to be any more, has to be himself.

Love cannot stand alone. It is only as strong as those to whom it belongs.

If only one other person ever hears me and understands, my speech will have been justified.

Today, the preacher did not recognize the end of his sermon when he came to it. Consequently, he did not quit talking, and ran overtime. Next Sunday he will probably apologize. There was probably very little malice aforethought involved, just lack of proficiency in this one aspect of his art.

I would like to recommend to the seminary that it correct this weakness in its curriculum and offer a required course to fledgling preachers on "How to Recognize the End of a Sermon."

My denomination finally succeeded, more or less, in convincing me that all the other religions are out to lunch.

Now in my manhood I'm pretty well convinced that ours isn't completely in, either.

What happened? I'll bet this is not what they had in mind. I was supposed to come off the end of the assembly line a top grade proselyte. But somehow I now bear the conspicuous marks of a recalcitrant.

Mine is one of the many sub-professions of protestant Christianity.

Christians of all stripes advocate unity. What most of them mean is conformity — to the opinion of the advocate.

Could be we're going about this in a less than optimum fashion. Maybe it is that we already have more unity than we care to admit. What would we do with all those evangelistic dollars if all of a sudden it dawned upon us that the world is already converted?

Let me propose as a solution that we re-examine Jesus' commission to the first evangelists and compare it with the stated objectives of today's missionary machinery. If we re-define our mission in terms of His, I suspect we shall find ourselves much further down the road than we think we are.

A second marriage is not a new game. It's the same old game with new players.

There's a lot more marriage than there is love.

That one can live without loving is proven daily by millions. But what kind of living is that? Incomplete, for starters; unfullfilled, and a bit lonely. If once you can live, loving someone else completely, not ever again can you be content to live otherwise. You can live otherwise, but you cannot be content with it. This accounts in part for second marriages.

The prime motivation for loving is the innate human propensity to reflect the glory of God.

I cannot think of any reason, nor any mechanism sufficiently compelling to warrant life without love.

An innate fundamental of the human constitution is for one to place a favorable construction on his own personal behavior. This particular characteristic is basic loyalty. It first manifests itself in the infant when he reacts with indignation at being deprived, if only temporarily, of what he considers life's necessities — food, love, comfort, etc.

Then follow devotion to family and home, alma mater, and nation, and in some instances to race.

Loyalty to the feeding hand, whether it be self or something outside the self, is essential to survival. For this reason, the individual defends himself, and nations do battle to protect and preserve what they deem to be in their national interest.

Loyalty is noble and admirable; the lack thereof, despicable.

The manner in which one structures his time is usually directed toward the achievement of his objectives. If a subject under observation appears to behave in an erratic manner, we may suspect that his objectives, if he has any, are unclear to him.

Here, we ought to stop and reflect upon objectives as a genus. I believe, at least superficially, that humans who have concretely defined objectives are a definite minority among us. I feel intuitively that this ought not to be. The most desirable human condition is that in which one knows where he's going.

How is it that one could fail to know that?

First fault must lie in that commonest of human pitfalls, lack of self-knowledge. One cannot have a clear understanding of his desired destiny if he doesn't know who he is nor where he is.

If we rectify this first deficiency, the next to be dealt with is the cognizance of a valid behavior standard. The most pragmatic standard will be that one prepositoned by Man's happiest objectives. This means that Man must have...