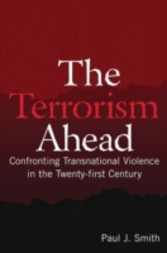 This book examines the evolving threat of terrorism and draws on the latest research to assess future trends. The author assumes that terrorism will remain a potent threat to the international system throughout the twenty-first century, primarily because of the convergence of two negative trends: the availability of Chemical, Biological, Radiological, and Nuclear Weapons (CBRN) - also known as Weapons of Mass Destruction - and the proliferation of terrorist organizations seeking to achieve mass casualties. Even without the CBRN element, however, Smith maintains that terrorism will remain an ongoing threat. The book also explores specific aspects of contemporary terrorism, including political, social, economic, religious, and ideological factors, globalization as a stimulation to contemporary terrorism, the role of organized crime in terrorist movements, and more. Written with students in college and professional programs in mind, the book includes case studies interspersed throughout the chapters that provide clarifying examples.